Disney Fantasy, the sister to Disney Dream, arrived in New York today where it will be christened on Thursday.

After traveling almost 3,800 miles, the ship arrived in New York from Bremerhaven (Germany), where it completed its sea trials. In the photos below, Disney Fantasy can be seen sailing up the Hudson River past the Big Apple's iconic landmarks, including the Statue of Liberty and the new tower of the World Trade Center, and getting a traditional salute by fireboats in the river.

Once the christening festivities in New York are over, Disney Fantasy will sail to its home port at Port Canaveral. Disney Fantasy's maiden voyage will sail on March 31. 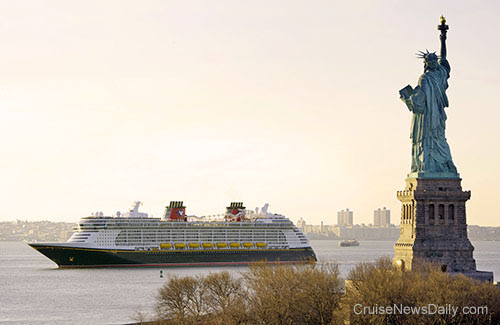 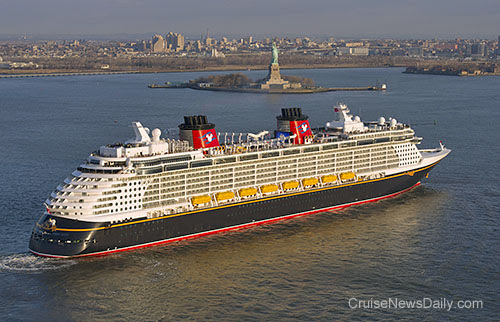 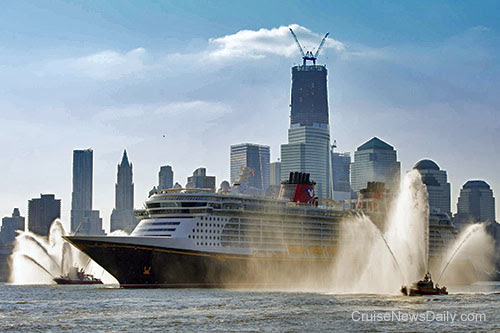