Norwegian Getaway has just returned to service after its extensive “Norwegian Edge” refurbishment, and European passengers are the first to experience it on the Scandinavia, Russia and Baltic itineraries.

The complete story appeared in the June 7 issue of Cruise News Daily.

More Than They've Been Letting on

Another party was heard from today when NCLH revealed exactly how much not being able to go to Cuba is going to cost their brands. Again, as they've been asked in the past, they've downplayed how the importance of the market to them, saying how little of their capacity was involved in the market.

But when they published the numbers, it turns out Cuba was worth even more to Norwegian than it was to Royal.

The complete story appeared in the June 6 issue of Cruise News Daily. 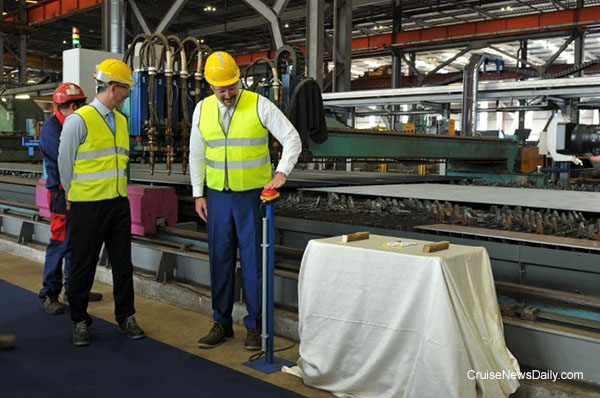 The Cost of Canceling Cuba

In the runup to this week's cancellation of calls to Cuba, it seems that whenever cruise operators would be asked about Cuba, they would downplay the importance of Cuban cruises saying in the whole scheme of things, they have so much capacity to so many places, the capacity they have sailing to Cuba isn't very significant.

It may just be a blip on the radar, but Royal Caribbean said today it's a bit more of a significant blip than they have been letting on.

Details appeared in the June 6 issue of Cruise News Daily.

Apparently it takes longer to investigate an accident in Italy than anyone thought.

MSC had previously canceled this week's sailing of MSC Opera after last week's accident in Venice. While repairs were going to be completed earlier this week, MSC canceled the rest of the cruise so the Italian authorities would have plenty of time to complete their investigation.

MSC said today that the investigation still is not complete, so the line will cancel this weekend's sailings also.

Details appeared in the June 6 edition of Cruise News Daily.

The US cruise industry halted their Cuban operations today after having the door was shut yesterday by the Trump administration, and they are doing it in a rather chaotic way.

They seem to only now be putting together actual alternative itineraries and programs.

Frankly, we've seen the industry respond much more efficiently and elegantly to the uncertainty of an impending hurricane than to this government order for which they were given a seven-week warning. They just didn't know the exact effective date.

US Shuts Door on Cruises to Cuba

If you have been thinking about cruising to Cuba, but haven't done it by now, you probably won't be able to do it for the foreseeable future. Back in April, the Treasury Department began to close the door when they announced the new policy, but the cruise industry continued to operate until they were given more specifics about the restrictions and when they would take effect.

In an announcement today, the rules remained ambiguous, but it was clear, the end was coming as the press release specifically singled out cruise travel (among other types of non-family-visiting travel) was no longer allowed, nor was “group people-to-people travel” under which most cruise passengers qualified for their visas.

The complete story appeared in the June 4 edition of Cruise News Daily.

Looking around Spectrum of the Seas

Royal Caribbean International's Spectrum of the Seas is the first of the new Quntum Ultra Class. Since it's dedicated to the Chinese market and based in Shanghai, most Westerners won't have an opportunity to see it. Take this opportunity to take a quick look around Spectrum and see her unique features as well as some of her familiar ones.

Trouble in the Canal

It was a quiet Sunday morning in Venice along the Guiadecca Canal. Passengers on the second day of their cruise from Verona were having breakfast in the outdoor restaurant atop Uniworld's River Countess which docked at the San Basilio dock along the canal. About 8:30am (local time) MSC Opera rounded the bend and the River Countess passengers had a nice view of the large (65,591 gross tons) MSC heading up the canal to the Venice Cruise terminal.

That was until something went wrong aboard MSC Opera and it went out of control directly toward the smaller river boat. MSC says the captain applied all the established required procedures (including the long warning blast of the ship's whistle), but the cruise ship grazed the San Basilio dock and collided with River Countess.

The complete story appeared in the June 3 issue of Cruise News Daily.

And Another Ship You Won't Be Sailing

Knowing that none of our subscribers are in China, it's a safe bet you won't be sailing aboard Royal Caribbean's Spectrum of the Seas as it is dedicated to the local market in China.

It has arrived at Shanghai, and was named today in a “grand naming ceremony.” Chinese celebrities, Xiaoming Huang and Angelababy, who also happen to be Royal Caribbean brand ambassadors, also became godparents of Spectrum of the Seas. At the ceremony today, they named the ship and bestowed a blessing of safekeeping over all those who sail on Spectrum.