Another Swimming Pool Accident - Anthem of the Seas

An 8-year-old boy was found unresponsive in a swimming pool aboard Royal Caribbean's Anthem of the Seas Friday afternoon shortly after it left Cape Liberty Cruise Port at Bayonne (NJ).

How Dry You'll Be

Norwegian Cruise Line has changed their beverage policy, effective July 15, to essentially prohibit bringing any beverages onboard their ships.

The new policy prohibits hard liquor and beer as well as all nonalcoholic beverages (including water, soda and juices).

Details appeared in the July 1 edition of Cruise News Daily.

We've been hearing how cruise lines sailing in China ae customizing their product for the local market, and this is probably one of the best examples. Hello, Kitty is iconic in Asia, and Costa Group Asia has partnered with Sanrio Company to create the first ever Hello Kitty design tailor-made for a cruise liner.

Cunard and Princess became the latest two lines to drop calls at Istanbul in the wake of Tuesday's terrorist bombing at the airport.

It Seems Like Just Yesterday He Was Murray Slaughter

Even though he was an actor well before, most of us probably remember Gavin MacLeod first from his long-running role as Murray Slaughter on the Mary Tyler Moore Show. From there he went on to the iconic role of Captain Merrill Stubing on the Love Boat. But only after that role ended could he step into his longest running one, that of Global Ambassador for Princess Cruises (The Love Boat).

It's hard to believe, but Gavin is celebrating his 30th anniversary in that position. To mark the occasion, the City of Santa Clarita (where Princess' headquarters is located) has proclaimed next Wednesday, July 6, as “Gavin MacLeod Princess Cruises Ambassador Day.”

The travel industry today dealt with the effects of yesterday's terrorist bombing at Istanbul's airport.
Contrary to the way things looked last night, the airport reopened and was operational today.

Cruise lines are now taking a second look at the wisdom of continuing to call at Istanbul, and three lines have canceled their calls. Others have not yet canceled, but CND believes they are moving in that directions and are now simply finalizing plans before making announcements yet this week.

Part of launching a new product is getting feedback from customers and finetuning it after the launch. Fathom is doing that aboard their cruises from Miami to Cuba.

"We have been listening to our travelers and creating new experiences onboard based on their feedback to facilitate rich immersion and to provide more robust insight into the culture and people of Cuba," said Fathom president Tara Russell.

Royal Caribbean announced plans today to build a striking new 170,000-square-foot terminal on the northeast side of Port Miami. At the same time they said one of the ships using it will be an Oasis-class ship, marking the first time one of the giant ships will be based in Miami. 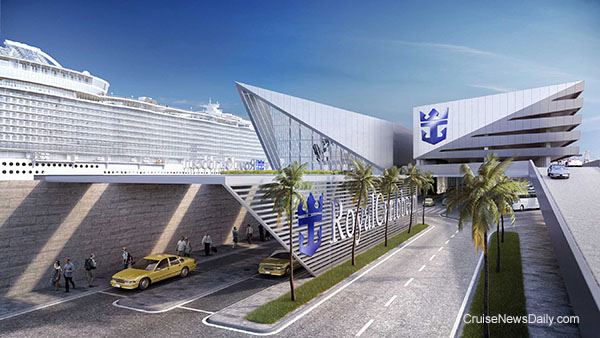 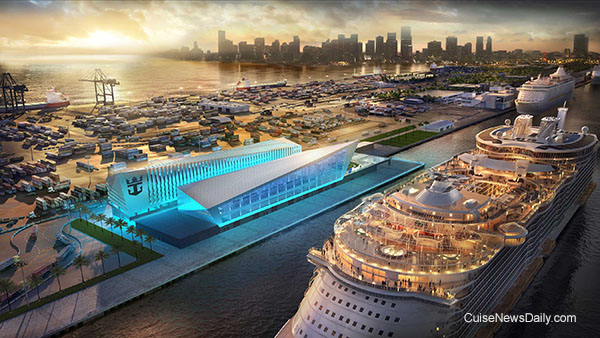 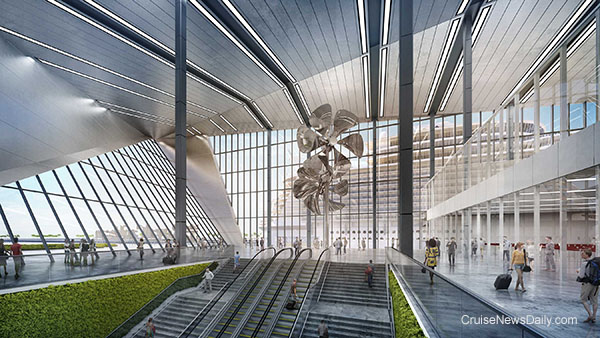 Renderings courtesy of Royal Caribbean Cruises Ltd. All rights reserved. May not be copied or used without express permission.
. 6/28/2016 11:59:00 PM

They'll Race You around the Ship

Warning: This video contains fast-paced cuts and flashes. If these bother you, please do not watch the video. It will be a shame, though, if you don't see it because it contains one of the most spectacular drone races you'll ever see aboard a cruise ship (as if you'll ever see another).


A little more than a month ago we showed you the first video of a new style of marketing campaign AIDA was beginning, to promote their newest ship, AIDAprima. It was an eye-popping tour of the ship in which the focus was on some amazing bicycle-riding whee the young Austrian trick-rider balanced on impossible things such as the ship's rail and the edge of a bar.

The idea was to make the video so amazing you just had to share it and it would go viral. Of course as you watch it a half dozen times in disbelief, you see AIDAprima too. The point, of course, is to get the video in front of as many people as possible, especially people who wouldn't normally be watching an AIDA video.

Now here comes the second of the campaign, and this one is just as worthy of going viral.

It features drone racing - two Vortex 250 Pro drones racing over, around and through the ship at speeds up to 75 mph. Don't worry. The two-minute video was shot while the ship was sailing from Japan to Germany in April when no passengers were aboard. The drones were flow by two professional pilots, Detlef Wormstall and Alex Wulf von Skypros, wearing virtual reality goggles. The video comes from the cameras on the drones themselves, stationary track cameras and from a third camera drone.

During the video the drones take viewers on the Lanai Deck and the Patio Deck, across the Beach Club, through the Theatrium and the restaurants, into the Organic Spa and even in the glass-enclosed double waterslide.

While you see the ship (if you remember to look) in this video as well as the previous one, it's an entirely different type of thrill from watching someone balance on a bicycle on the ship's rail.

Buckle up and start the video below.

When P&O says they're making a maiden call, they really mean a maiden call. Last Tuesday, Pacific Jewel became the first cruise ship ever to call at any of the 21 Conflict Islands in Papua New Guinea. The 2,000-passenger ship visited the uninhabited Panasesa Island.

Details appeared in the June 27 edition of Cruise News Daily.