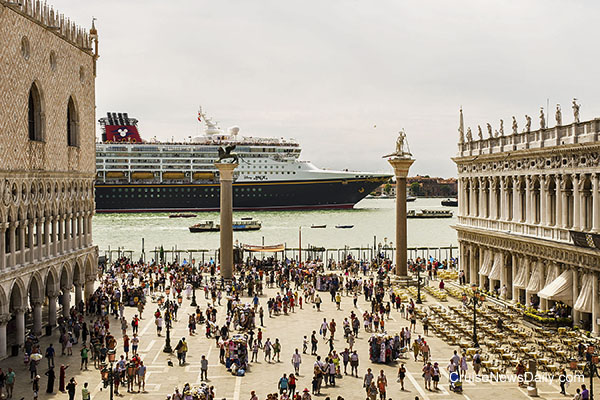 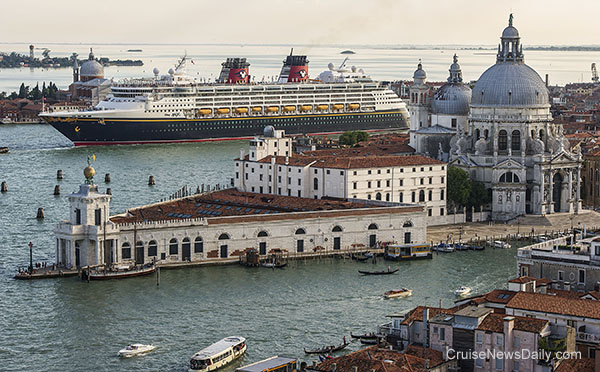 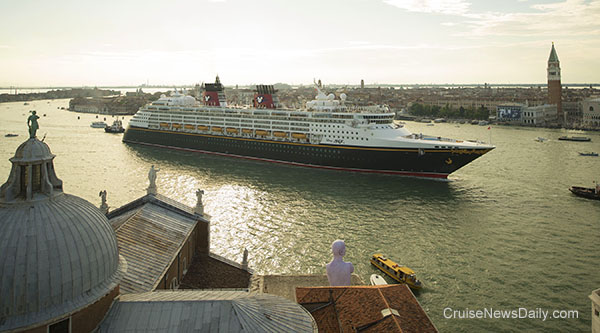 Costa Atlantica arrived in Shanghai this morning to begin operating from its new seasonal home port for the Chinese-sourced market. Its arrival effectively doubles Costa's capacity in China.

Costa was the first international cruise line to operate from China in 2006. Since that time Costa has sustained measured growth as the market has matured, and positioning 85,700-ton Costa Atlantica there, carrying 2,680 passengers, is one of the largest steps forward. It joins the 75,200-ton Costa Victoria (2,394 passengers) which has been deployed in China since May 2012. One of the key signs of the maturing of the Chinese market is that Costa Atlantica will operate an 83-day Around-the-World cruise for Chinese passengers from Shanghai beginning March 22, 2014.

The photo above shows the celebration which ensued with the arrival of the ship this morning. It was attended by Costa's most senior executives and local dignitaries. A special guest was  the ship’s godmother for the occasion, Diana Xu, Miss Universe China 2012.

* Mitsubishi Resumes Building Cruise Ships
After a ten-year absence from the market, Mitsubishi has resumed building cruise ships. The company worked hard to get their foot in the door to the industry, building a pair of ships for Carnival Corp’s Princess brand in 2004, but then the cargo boom hit, and they became so heavily booked building various types of cargo vessels, their lead time to get a cruise ship scheduled was too long for cruise lines to consider.

But now construction has begun on the first of two ships for Carnival’s AIDA brand. These will be even more technologically-advanced than the two stunning Princess ships they built in the last decade.  More


* Other Things You’ll Want to Know
CND subscribers also read about a Baltic ferry passenger going overboard ...  Zenith repairs are being extended to two weeks ... and funding for Piraeus.

Mitsubishi Heavy Industries laid the keel for the first of two ships Carnival's AIDA brand has on order from the Japanese yard. The event took place at Mitsubishi's Nagasaki yard last Sunday (June 30, 2013) with top Carnival, AIDA and Mitsubishi executives in attendance.


The ships will each carry approximately 3,300 passengers and be sized at 124,500 gross tons, making them the largest ever constructed for AIDA. The ships are scheduled for delivery in March 2015 and March 2016.The ships are still unnamed.

* The World Times Four
While many lines have had world cruises, the British market seems to relish (and book) them the most with some lines having multiple world cruises or lengthy grand cruises each year. Now there are signs the American market may have developed that appetite.

Holland America will have four in 2014, two each by Amsterdam and Prinsendam. These voyages aren’t for everyone. Each will be in excess of two months in length, and the World Cruise will be almost four months. Each will, however, also offer segments that will include some of the most exotic locales on earth.


* Other Things You’ll Want to Know
CND subscribers also read about ships for Sochi ... and over the moon.

In this position, Jenner will lead the development and execution of trade distribution programs and initiatives that support the revenue goals for both brands in North America.

“Eva’s strong knowledge of our operations, charter and incentive business, distribution channel structure and processes will be a valuable asset to our sales organization,” said Kammerer. “Her approach to building and maintaining relationships will ensure her success in this new executive leadership role.”

Prior to her promotion, Jenner was director, legal and assistant general counsel supporting both Holland America Line and Seabourn. In that role, she worked closely with the North America and international sales teams to develop successful sales initiatives and charter and incentive programs. Jenner also played a key role in the development of the ethics and compliance programs for the companies.

Prior to joining Holland America Line in January 2005, Jenner was a corporate associate at major international law firms in New York.

Jenner earned her Juris Doctor at Syracuse University College of Law, and she also holds a Bachelor of Arts degree from University of California, Los Angeles.

SANTA CLARITA, Calif. (July 1, 2013) – Princess Cruises has promoted John Chernesky to the newly created role of vice president, onboard revenue and product development. In this position he oversees the operations and development of key passenger service areas including the casino, Lotus Spa and Fitness Center, shopping program, weddings and the Princess Cruises-branded loyalty credit card.

Chernesky, who has been with the company for 21 years, most recently served as director of onboard revenue.

“John has been responsible for creating and implementing a number of new programs and innovations on the Princess fleet that have significantly improved the onboard product and the passenger experience, so this promotion is richly deserved,” said Tony Kaufman, Princess Cruises’ senior vice president of commercial affairs.

Kaufman added that among Chernesky’s recent successful projects are the development of many new products and services offered in the spas and fitness centers, the creation of the innovative Lotus Spa and Enclave complex onboard Royal Princess, a casino VIP program and the introduction of an integrated shopping host program onboard the vessels.

Chernesky joined Princess in 1992 as an administrative coordinator in the company’s Hotel Services Department and has served in various roles throughout the company, primarily in fleet operations, including five years as director of passenger programs.

He holds a B.S. degree in business administration and marketing from Miami University of Ohio, and recently completed an executive leadership program at UCLA’s Anderson School of Business.