A Familiar Name Returns to the Industry

AIDA said today their next ship, AIDAperla, will enter service two months earlier than announced. It will begin sailing a Western Mediterranean itinerary on July 1 from Palma de Mallorca and Barcelona.

The complete story appeared in the December 29 edition of Cruise News Daily.

Details appeared in the December 29 edition of Cruise News Daily

Photo courtesy of US Coast Guard. All rights reserved. May not be copied or used without express permission.

Earlier this year, Norwegian Jewel was the first to be retrofitted with the technology while the ship was in service. Five scrubbers were placed on each ship, one to handle each engine. It's a two-year project that takes approximately 100,000 man-hours to complete.

The complete story appeared in the December 28 edition of Cruise News Daily.

More Money than They Know What to Do With

In case you don't have your calendar marked, next Monday is the deadline for organizations in Juneau to submit their proposals for how to spend the city's head tax that was collected last year from cruise passengers visiting the city.

The US Coast Guard suspended their search at 5:44pm on Friday for a 22-year-old man who went overboard from Independence of the Seas on Thursday morning.

Details appeared in the December 27 edition of Cruise News Daily.

Korean shipbuilder STX was ordered to liquidate its overseas assets by Korean courts when it filed bankruptcy last spring. One of those assets is STX France, the former Chantiers de l'Atlantique shipyard at Saint-Nazaire.

Earlier there were rumored to be three or four interested bidders for STX France. Today, South Korean newspapers were reporting that the court had revealed they have received only one bid.

When Dawn Princess joins the P&O Australia fleet next year as Pacific Explorer, it will have a brand new livery - even for P&O.

The new livery will feature the Southern Cross, a national symbol in both Australia and New Zealand, and one of the brightest constellations in the southern sky.

Details appeared in the December 27 edition of Cruise News Daily. 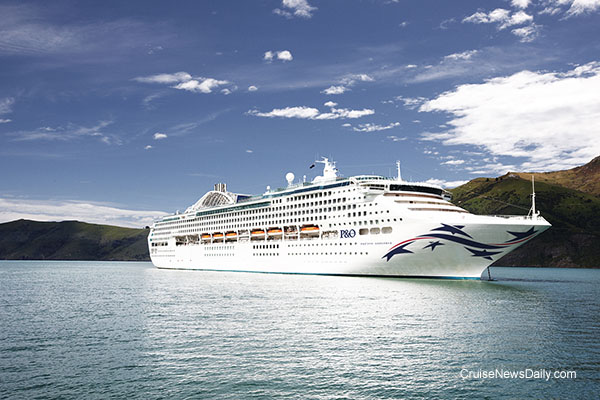 You Won't See This in the United States

Costa has a new advertising campaign featuring supestar pop singer/songwriter Shakira - and she has a new love.


The complete story appeared in the December 28 edition of Cruise News Daily.