This new Carnival option has nothing to do with strikes and spares - but it is all about noodles and rice.

Carnival Sunshine is the first ship in the Carnival fleet to offer the new “Lucky Bowl” dining option in the Lido Marketplace, replacing the Mongolian Wok station.

Disney is going to expand upon the New Orleans theme aboard Disney Wonder which they started a couple of years ago with the Tiana's Place restaurant conversion. That restaurant has a French Quarter and jazz theme based on “The Princess and the Frog” story.

This fall, Disney will debut the French Quarter Lounge aboard Disney Wonder, and Disney says it will be a natural complement to dinner at Tiana's Place or the perfect destination for drinks and entertainment.

The complete story appeared in the June 13 edition of Cruise News Daily.

The Top of Mardi Gras

Carnival's new Mardi Gras is a year away from entering service, but today Carnival released their selections for the ship's senior officers. They should prove familiar faces to loyal Carnival passengers.

Details appeared in the June 13 issue of Cruise News Daily.

We have a winner! Well, actually two winners. Or more precisely, a thousand winners. More than 13,000 people submitted photos to Princess Cruises' “Sea to Sky Princess” contest with Princess promising to more or less permanently display the best 1,000 aboard their new Sky Princess which will debut in October.

Princess asked their fans to submit photos from Princess destinations that embodied discovery and inspire exploration. The top 1,000 which they chose would become artwork displayed in the corridors and staterooms of Sky Princess.

The complete story appeared in the June 12 issue of Cruise News Daily. 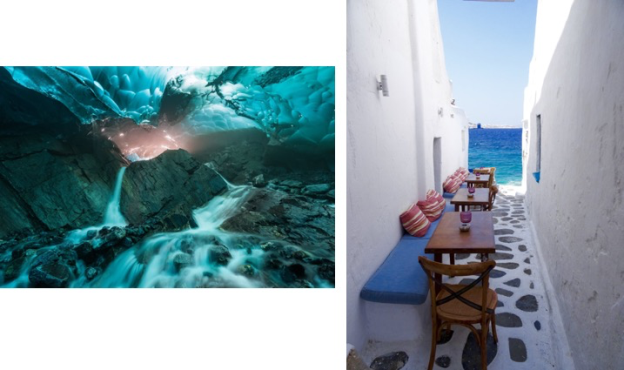 Looking for Somebody New (and Funny)

Keep your eye on social media for Carnival's latest fun. The line has partnered with Thrillist to create a new “mobile-first” video series called “Island Hoppers.”

The complete story appeared in the June 10 edition of Cruise News Daily.

Details appeared in the June 10 edition of Cruise News Daily.