The Port of San Juan is still closed, and from news reports, conditions in San Juan and all of Puerto Rico do not look hospitable for tourists in the near future. Flights in and out of San Juan's main airport were to resume today on a very limited basis.

The Pieces Will Soon All Fall into Place

Yesterday, Meyer floated the first engine room module of AIDAnova, which will be the first cruise ship powered by dual-fuel engines that can operate on clean-burning LNG both at sea and in port.

This ship is being built a bit differently than most built at Meyer Werft. Some of the larger pieces are being built at Neptune Werft in Rostock (owned by Meyer) and then floated to Meyer Werft in Papenburg where they will be assembled into the full ship inside the giant covered building dock.

The complete story appeared in the September 22 edition of Cruise News Daily.

From news reports, it appears the entire island of Puerto Rico has sustained substantial damage, with serious damage in San Juan, including to the infrastructure. Of particular concern is the island's lack of electricity, which some estimates say will be months before it's fully restored.

San Juan was removed from ships' itineraries this week since Maria was bearing down on the islands during the first part of the week, but now that it's past, cruise lines have begun to decide what to do about the ships that are based there and due to turn around this weekend.

Passengers are reporting a brief fire aboard P&O's Aurora yesterday (September 20) as it was west of the Azores, which resulted in a short power outage, but P&O only confirmed the temporary power failure to CND in a statement last night.

Passengers were reporting a fire in the engine room, but that was later clarified (unofficially) by a staff member who said the incident was in the engine control room.

Another Crystal Floats down the River

Crystal River Cruises took delivery of its second Rhine-class newbuild, Crystal Mahhler, today in Germany at the MV Werften yard and christened the vessel at the same time.

The event was much more low-key than last month's christening of the first newbuild, Crystal Bach.

The complete story appeared in the September 20 edition of Cruise News Daily.

Details can be found in the September 20 edition of Cruise News Daily.

In the 21st century, when the National Guard moves in to help, they don't live in tents (a la M*A*S*H). They live on a cruise ship, which turns out to be a perfect solution for the situation.

FEMA has chartered Grand Celebration from Bahamas Paradise Line to house the National Guard and other first responders at St. Thomas as they work to rebuild the island's infrastructure after Hurricane Irma and now Hurricane Maria.

Waste Not, Want Not

A couple weeks ago we told you about a program Costa was just beginning in Italy to utilize excess food prepared to feed the hungry, with hopes that it could expand.

Now Costa is implementing a program to conserve food by trying to more closely match what is prepared with what will actually be used.

Relief Is on the Way

During last week's cruise, Carnival Fascination called at St. Kitts to drop off relief supplies which will be taken to storm-damaged St. Maarten.

Now Hurricane Maria is bearing down on the same area including Puerto Rico and the Virgin Islands, now appearing to arrive there Tuesday night.


The complete story appeared in the September 18 edition of Cruise News Daily. 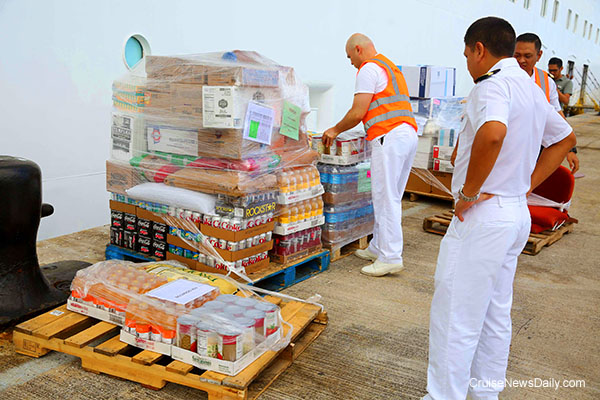 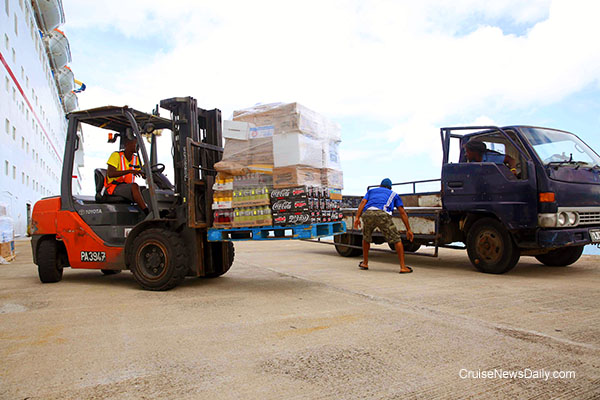 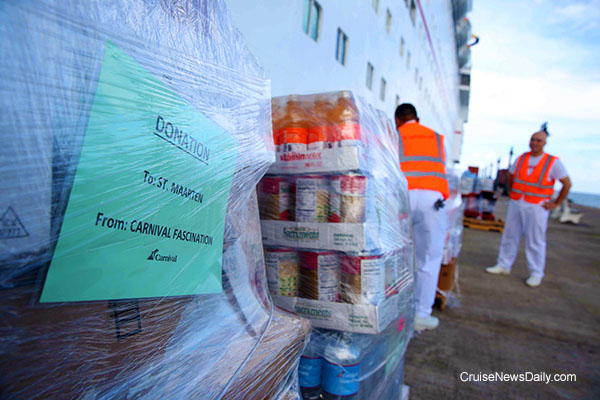 We're all familiar now with the amazing overhead views drones can give us of everything. Just about anywhere you can think of, a drone can now give us a new ariel perspective of it. But there's a personal perspective they haven't been able to give you yet - until now.

Have you ever wanted to look under your ship? Way down where the fish and the whales live, or to see shipwrecks. If you take a SCUBA excursion you can see some of that, but new underwater drones from Blueye Robotics can take you deeper than you can dive, and keep you high and dry on your cruise ship.