The Master Plan - at Least at Port Everglades

Port Everglades (Ft. Lauderdale) has created a video to illustrate their 20-year master plan for the port. 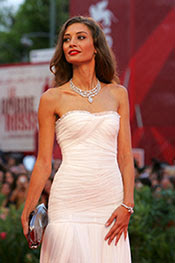 The 114,500-ton Costa Favolosa will be the largest ship flying the Italian flag.

A couple of weeks ago (May 31), an oil tank exploded next to the pier at which Royal Caribbean's Independence of the Seas was docked at Gibraltar. That cruise has ended and the passengers are home, and at least one has now posted his video of the incident, shot from aboard the ship.

As you may remember, the explosion happened shortly before the ship was scheduled to leave, so all the passengers were aboard. There were several relatively minor injuries of passengers who were on their balconies or on deck at the time. The ensuing fire can be seen in the first part of this video shot by a passenger from their balcony.

As quickly as possible the ship moved a safe distance away while everyone was accounted for. The second part of this video was shot from that location as the ship was preparing to leave Gibraltar.
. 6/15/2011 11:14:00 AM

The Coastal Conservation League filed a lawsuit against Carnival Cruise Lines, which serves Charleston (South Carolina), apparently in an effort to get them to just leave town. But it's done something else. It seems to have galvanized support from the rest of the community for Carnival and the cruise industry which visits Charleston.

That support was most visibly manifested in a press conference chaired by Charleston Mayor Joe Riley, who characterized the lawsuit as "outrageous and abusive." He said the city will do everything they can to make sure the lawsuit fails. As you can see in the video below of the press conference, he's joined by a couple dozen business leaders of the city. SC State Representative Jim Merrill said, "You will never be able to satisfy this group [the Coastal Conservation League]," and their approach is "sickening."

The suit, as mentioned in the press conference, contains what seems to be many frivolous complaints, such as if you can see the cruise ship at the end of the street that it violates the city's zoning ordinance, or that the Carnival logo on the top of the ship violates the city's sign ordinance. The suit is worth downloading (PDF format) and reading through.

Enhancing Radiance of the Seas

Radiance of the Seas has just returned to service from an extensive drydock, during which the ship underwent Royal Caribbean's revitalization process, the most extensive ever for an RCI ship. This video will give you an overview of what they did during the 21-day drydock.

The work included adding seven new restaurants. Want to see more? We have a number of videos on the individual projects. Just click the label (link) below that says "Radiance OTS" for all the videos.
. 6/14/2011 07:10:00 PM