The two 125,000-ton vessels being built by Mitsubishi Heavy Industries for Carnival's German AIDA brand will incorporate MHI's Air Lubrication System to achieve a 7% fuel savings. The MALS system will force air bubbles under the ship's hull to create a cushion of air flowing under the ship which will allow it to move through the water with less friction resulting in lower fuel usage and less CO2 emission.

The system has been in use for several years on cargo vessels built by MHI, but the AIDA vessels, set for delivery in 2015 and 2016, will be the first cruise ships to employ the MALS system.

The animation below from Mitsubishi shows how the system works.

Costa is going to construct their second cruise terminal at Savona (near Geona) in record time. Work began today on the 10,500-square-foot facility, and it is slated to open in September 2013, just in time for the peak winter cruise season from the port. The dramatic design of the new terminal is shown in the rendering below.

Cunard's three queens, Queen Elizabeth, Queen Victoria, and their flagship, Queen Mary 2, arrived together this morning (June 5, 2012) at Southampton to honor Her Majesty The Queen on her Diamond Jubilee. It was the first time ever the three ships have arrived together in their home port. The arrival is described here by Capt Kevin Oprey, master of QM2.

The 130,000-ton Carnival Breeze arrived in Venice late Saturday afternoon (June 2, 2012) for its inaugural cruise on which it would depart Sunday afternoon. The ship arrived over the protests of environmentalists. Shown below are photos of the arrival. 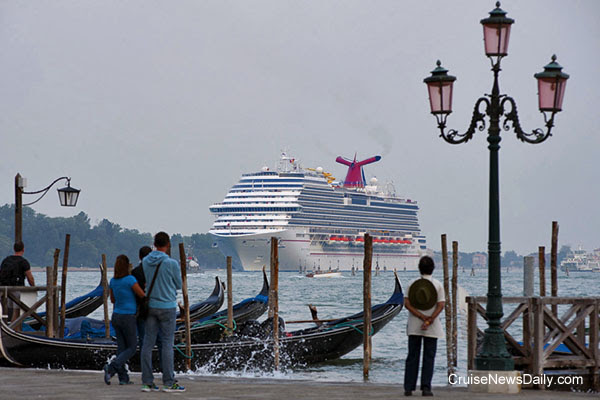 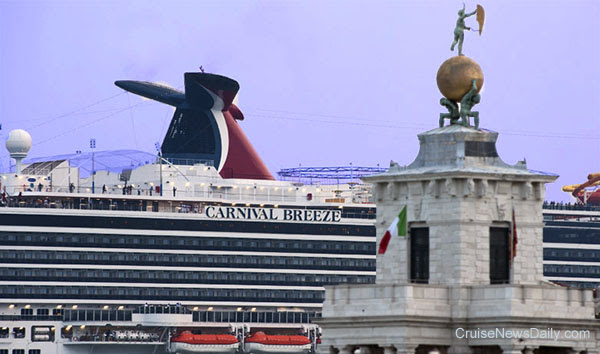