Going Back for More

Princess Cruises said today they would be returning to Japan for a fourth season in 2016. The cruises, which are focused on Japan are as popular in Princess’ traditional markets as they are with Japanese passengers.

In the 2016 season, Diamond Princess will be offering an array of itineraries from four days to 20 nights. The cruises will sail from Tokyo and Kobe and include extensive port calls in Japan while several also include calls in Korea, Taiwan and Russia.

There is no more information being released about the suspected murder-suicide that was discovered Thursday aboard Holland America’s Ryndam, but a local television station in Ohio has discovered an interesting backstory.

The complete story appeared in the April 3 edition of Cruise News Daily.

There’s now one more way to get married aboard Norwegian Cruise Line ships. The captains of some vessels can now legally marry couples while the ships are at sea.

A Giraffe in a Swimsuit

It's no pink polar bear for Anthem of the Seas. The signature artwork for Royal Caribbean's Anthem of the Seas is a giraffe in a swimsuit wearing an inner tube. The sculpture by Jean-François Fourtou, is shown here being lifted to the ship's top deck while it is in Bremerhaven during the final fitting out. The artist says the whimsical work is to remind you of the people and things one loves and cares for. 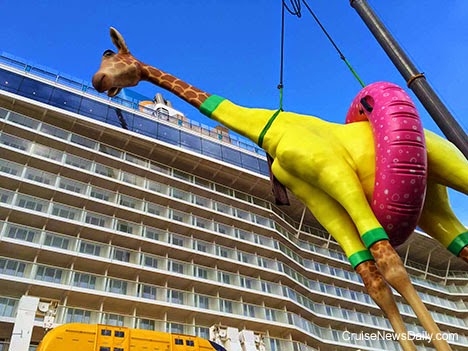 Photo courtesy of Royal Caribbean International. All rights reserved. May not be copied or used without permission.
. 4/02/2015 03:34:00 PM

Once Koningsdam finishes its inaugural season in Europe, it will shift to Caribbean itineraries for the winter 2016-2017 season.

Pacific Dawn Passengers to Be First to Return to Vanuatu

Carnival Australia ships have been carrying humanitarian supplies to the hurricane-devastated Vanuatu islands since, but passengers haven’t been allowed ashore during the schedules calls. That’s about to change, however.

Passengers departing Brisbane this Saturday on Pacific Dawn will be allowed to go ashore when the ship calls at Port Vila on Wednesday. Like the ships before it, Pacific Dawn will be carrying humanitarian supplies and building materials to support the reconstruction effort, but just as important to the economy, passengers will be going into town to put dollars into the cash registers.

Three days later, Pacific Pearl will follow and do the same thing.

The Hills Are Alive

Princess Cruises is about to unveil to passengers a clever new activity (or two or three). Virtually everyone is already familiar with it to some degree, but no matter how unfamiliar you are, you can still have fun.

Princess has partnered with Twentieth Century Fox Home Entertainment to present “The Sound of Music” (and related activities) on each of their 18 ships throughout the year. But it’s not just screening a movie.

Details can be found in the March 31 edition of Cruise News Daily.

The First Viking to Go to Sea

Fincantieri delivered Viking Star to Viking Ocean Cruises on Saturday at their Marghera yard. While Viking River Cruises adds ships to their fleet by the dozen (literally), this is the first ship for the oceangoing line.

Two Down, Two to Go

MSC Sinfonia returned to service on Friday after its ten-week dry dock for lengthening at Fincantieri’s Palermo yard. During the process, the ship grew some 78 feet longer and added 5,000 gross tons.

Details appeared in the March 30 edition of Cruise News Daily.

Norwegian Cruise Line Holdings Ltd. Announces New Chairman and Other Appointments to Its Board of Directors

Blondel So King Tak, a designee of Genting Hong Kong Limited, was appointed a director of the Company. Mr. So joined Genting HK as Chief Financial Officer in July 2007. In October 2009, Mr. So was appointed Chief Operating Officer and in August 2014 was appointed Executive Vice President (Corporate Services) and Country Head of Hong Kong & Macau for Genting HK. Mr. So also acts as a director of various subsidiaries of Genting HK. He has over 23 years of experience in the financial sector with the first 15 years in the banking industry. Prior to joining Genting HK, he held a number of senior positions in multinational corporations and listed companies.

Queen Mary 2 left Sydney this week at the end of a month that saw all three Cunard Queens visit the city, including a rendezvous between QM2 and Queen Victoria. Queen Mary 2 is still the largest ship ever to visit Australia at 151,400 gross tons.

The three Cunard ships spent a combined total of six days in Sydney this month as part of their world cruises, and brought some 6,500 passengers to the city putting an estimated $3 million into the economy.

All three ships will return next summer, again as part of their world cruises. 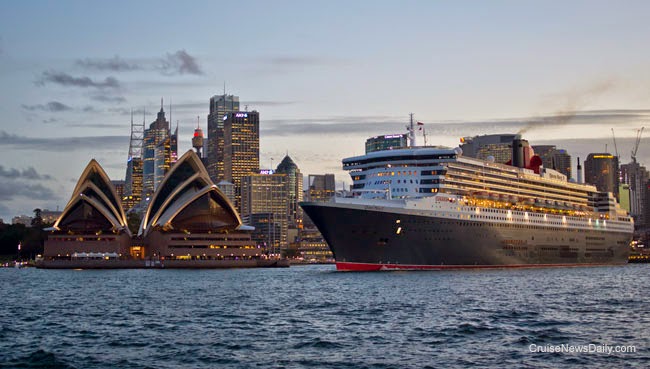 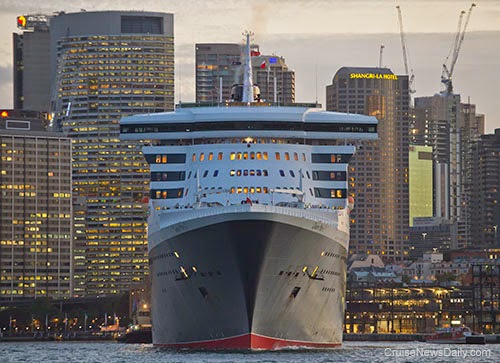