Construction is well under way on Celebrity Reflection, the fifth and final in the Solstice class, at Meyer Werft in Papenburg (Germany). Actually it's about at the half-way stage. The keel was laid last September 13. Celebrity Reflection is scheduled to be delivered about six months from now and enter service on October 12, 2012. 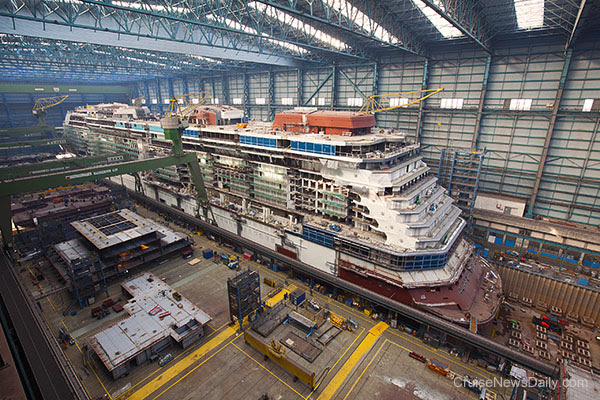 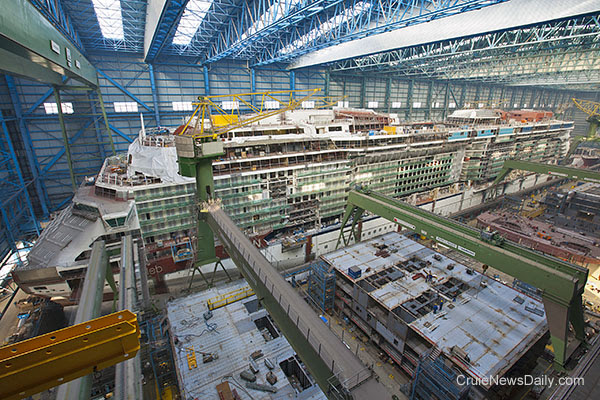