CND reported on the meeting last Saturday to update the residents of the Isle of Giglio on the progress to remove Costa Concordia. While we reported on the details of the timeline, the bottom line is that the ship is now expected to be refloated and removed at the end of June 2014.

In a side note, Costa reported they have now emptied the safes in 405 now dry cabins. The contents will be inventoried and returned to the owners. 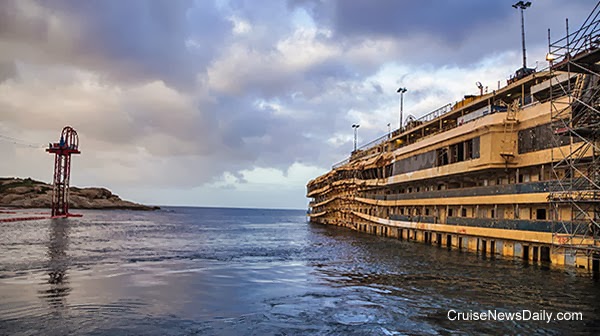 The portion of Costa Concordia now righted and above the water is shown on the starboard side looking aft. This is the side which was under the water and upon which the ship was resting until it was righted. The damaged areas on this side need to be repaired (so the ship will float) before the sponsons are attached in April. 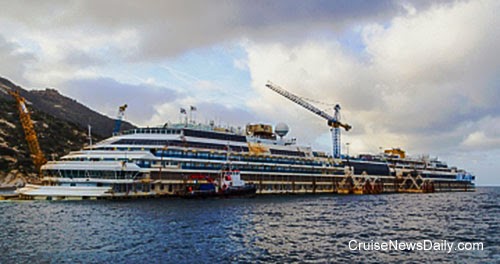 A longer view of the ship's port side.