Medevac from Independence of the Seas

A French Navy helicopter airlifted a 60-year-old passenger from Royal Caribbean's Independence of the Seas, on Friday afternoon (March 16, 2012).

The man was hoisted off the ship's bow about 2:00pm when it was about 70 miles off the coast of Brest, France, as shown in the video below. 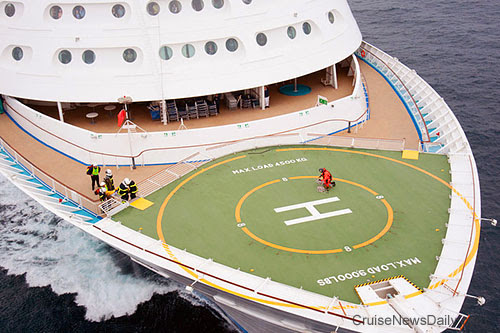 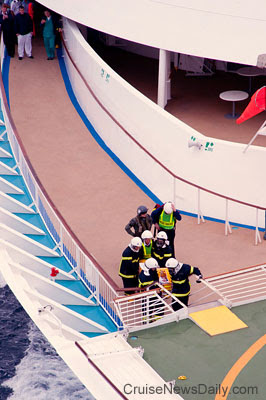 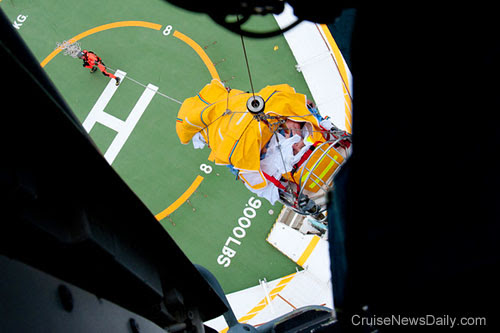