During her recent refit, Queen Mary 2 received a special new piece of artwork. Shown below is a new portrait of Her Majesty The Queen which was commissioned by Cunard, which will hang in the ship's Grand Lobby. 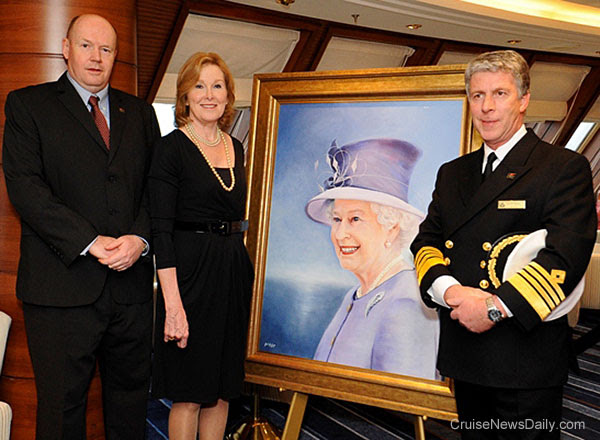 Shown are (left to right) Cunard President Peter Shanks, artist Gail Graham and Captain Kevin Oprey
The oil portrait was painted by Gail Graham and depicts Her Majesty during her final visit to Queen Elizabeth 2 in Southampton on June 2, 2008.