Cunard has released dramatic new images of Queen Mary 2 with its master, Captain Kevin Oprey, standing beneath her bow on the ship's bulbous bow. 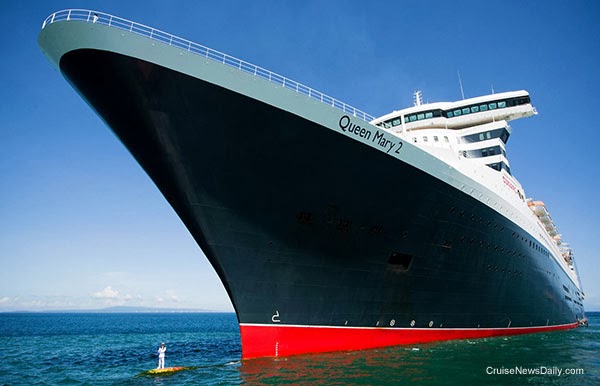 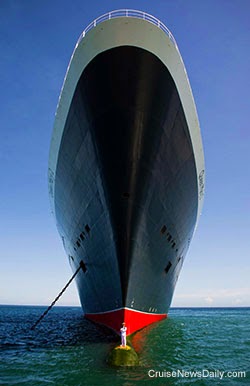 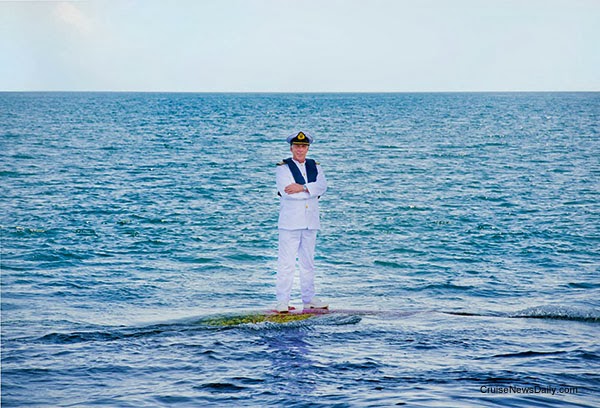 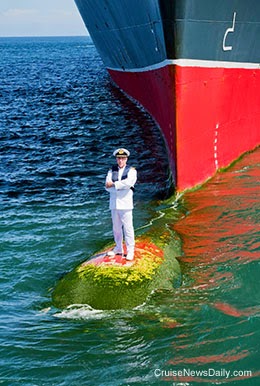 The images were captured on Sunday, March 2, 2014 when the vessel was a mile off the coast of Bali as part the ship's world cruise, during her 10th anniversary year.