Paul Gauguin Cruises' new Tere Moana's will debut in the Caribbean at the end of December 2012. The line has now released the first images of the refurbished staterooms.

The line says the staterooms will be "chic and stylish with Polynesian touches," even though the ship will be operating in Europe and the Caribbean. The small ship will carry just 90 passengers, double occupancy, in casual luxury. Shown below are the window staterooms and one of the eight balcony staterooms. 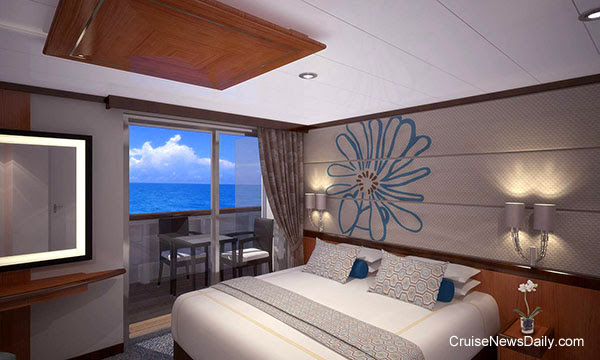 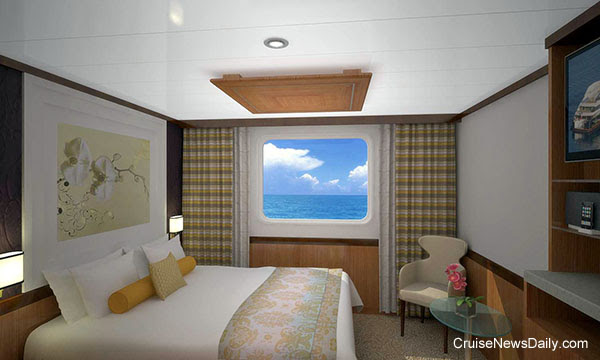