The 30,000-ton Azamara Journey had its maiden arrival in New York this morning (April 9, 2012) and proceeded up the Hudson River to the Manhattan Cruise Terminal. The ship is shown here passing the Statue of Liberty.

The ship was in New York to embark passengers for the Titanic Memorial Voyage. The charter marks the 100th anniversary of that voyage, and Azamara Journey will be above the site of the wreckage on the actual anniversary. 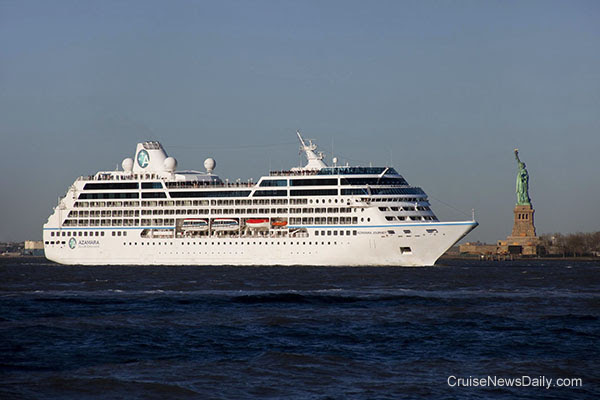