Disney Fantasy Gets Its Elephant

A Disney tradition is that each of their ship’s has a larger-than-life character suspended over the stern that appears to be painting the ship’s name there. Back in September Disney revealed that the character given that singular honor on Disney Fantasy will be Dumbo.

The flying elephant was installed in his place of honor on the almost-complete Disney Fantasy on December 14 (2011) at Meyer's Papenburg yard as shown in the photos below. The video shows the creation of flying elephant and the attention to detail. 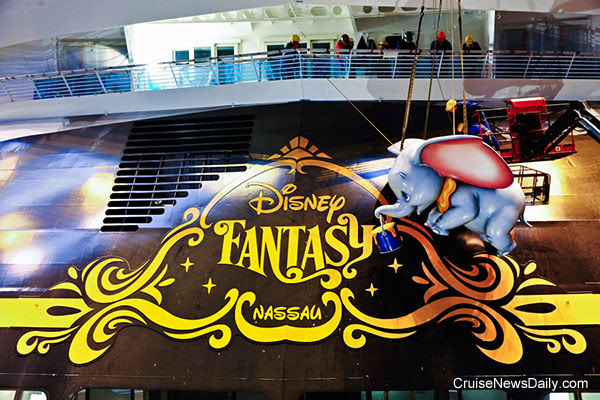 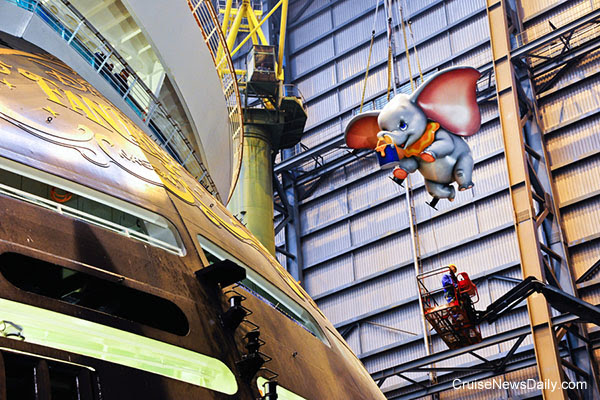 The complete story appeared in the December 29, 2011, edition of Cruise News Daily.