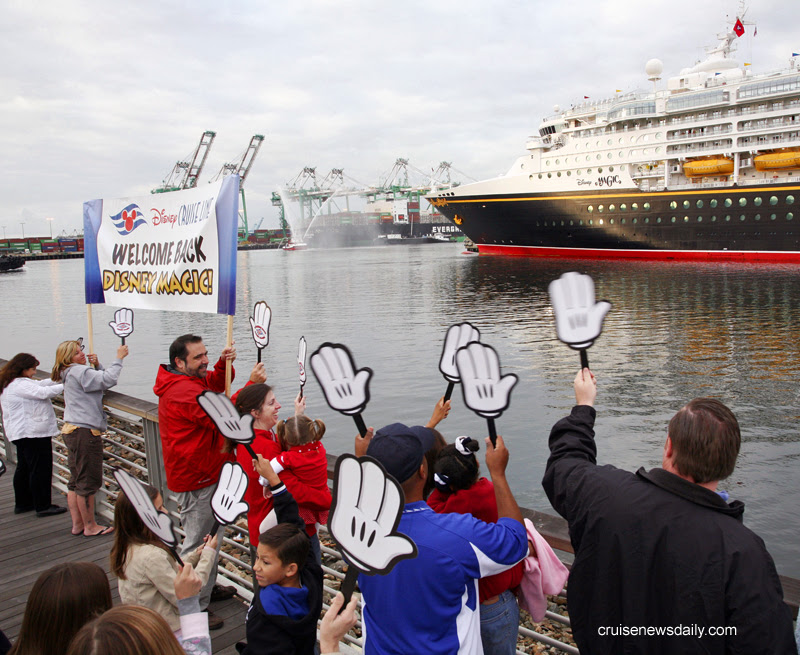 Disney Magic arrived at the Port of Los Angeles on May 25 (2008) for a three-month series of cruises from there to the Mexican Riviera.

The series will run through August 10, and the ship will return to Port Canaveral via the Panama Canal cruise which will depart on August 17.

The CND article covered the changes which have been made aboard Disney Magic since it last sailed on the West Coast in 2005 as well as the special programming aboard the ship for the Mexican Riviera cruises.