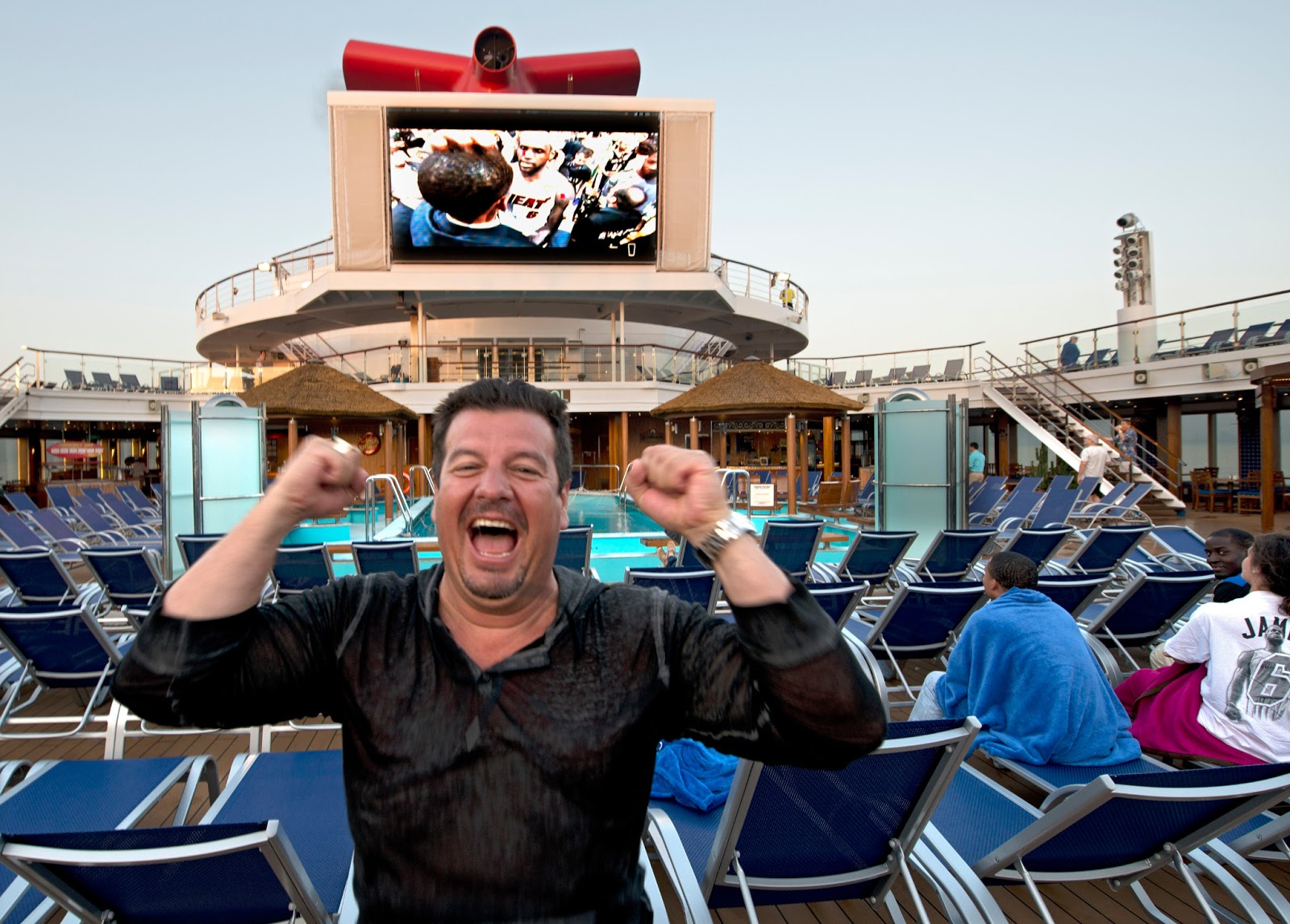 Last night the Miami Heat won the NBA championship in the seventh game of the series. Thanks to satellite technology, Heat fans could watch the game virtually anywhere in the world - even on a cruise ship while at sea in the Mediterranean.

Miami police officer - and avid Heat fan - Winsor Lozano is seen here aboard Carnival Sunshine cheering the Heat victory this morning as the ship sailed a few miles off the coast of Naples, Italy.

Heat fans aboard Carnival Sunshine had to stay up until 6am local time in Italy to see the last basket in the ship's outdoor Seaside Theater on the Lido Deck. The ship boasts a new 270-square-foot LED screen.

Carnival Corp's chairman wasn't there, however. Micky Arison also owns the Miami Heat, and he was in Miami for the game.