The salvage consortium that Carnival Corp and Costa Crociere chose to remove the wreckage of Costa Concordia, laid out its plans today in Rome for the Italian government.

The American-owned Titan Salvage, which is recognized as a world leader in wreck removal, and Micoperi, an Italian marine contractor that specializes in underwater construction and engineering, comprise the consortium chosen by Carnival to engineer the removal operation and carry it out.

As earlier reported, the ship will be refloated and removed in one piece to minimize the environmental impact. The scope of this salvage operation is unprecedented, and they are facing complexities never seen before.

The video below, provided by Titan-Micoperi, will explain the process. Details were delivered to Cruise News Daily subscribers in the May 18 (2012) edition.

Work is expected to begin in the next few days as soon as the necessary permits are processed, and it is expected to be completed within 12 month. Once refloated, the ship will be towed to an Italian port, still to be determined, "and dealt with in accordance with the requirements of Italian authorities.”

The estimated cost to Carnival Corp is approximately $300 million.

Will the Real Gavin MacLeod Please Stand Up?

In these days of the internet, you probably realize there are dozens of people with whom you share the same name. Likewise Gavin MacLeod realized there was an actor with the same name, but never gave it much thought, even after he joined Princess Cruises in 2010. The other Gavin MacLeod, of course, holds a special place in the hearts of the front office at Princess, because he played the part of Captain Stubing in the iconic Love Boat television series which was set aboard one of the line's vessels, Pacific Princess.

As you probably know, Princess still has a relationship with that "other" Gavin MacLeod, because he's been their ambassador for many years, still assuming his Captain Stubing persona often and meeting fans at various functions, and often hosting (as himself) the naming ceremonies of Princess' new ships. When he learned Princess had a third officer aboard Island Princess sharing his well-known name, he was excited about meeting him. So last week when Island Princess came through Los Angeles, the two met on the ship's bridge and had lunch together at Sabatini's. The pair also signed several navigational charts to be auctioned for charity. 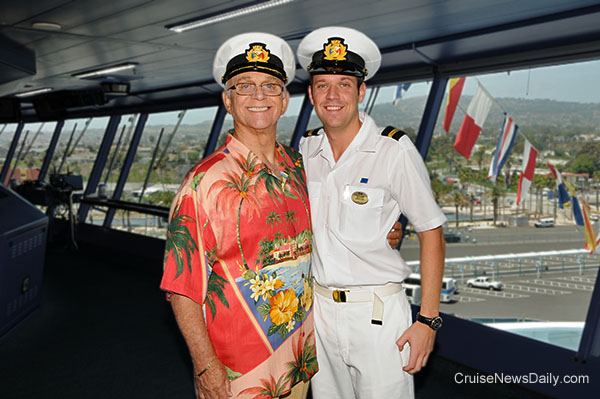 Carnival's German brand, AIDA, christened their new ship, AIDAmar, at Hamburg on Saturday night (May 12, 2012) during the port's 823rd Anniversary Celebration. If that wasn't big enough, AIDA brought AIDAmar's three sisters to be part of the spectacle. More than 1.4 million people attended the christening. You can see the whole evening in a minute in this video:

If that was a little quick for you, AIDA provided these excellent photos and a longer video below: 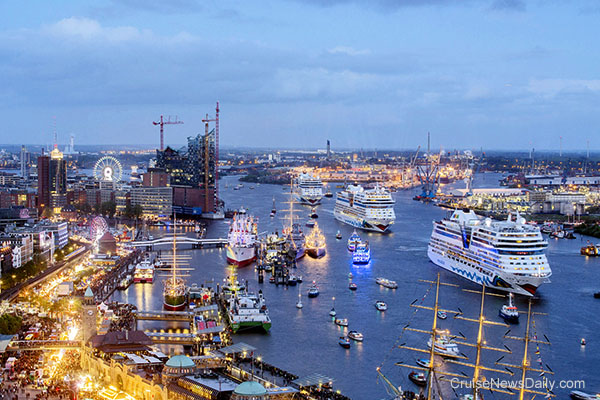 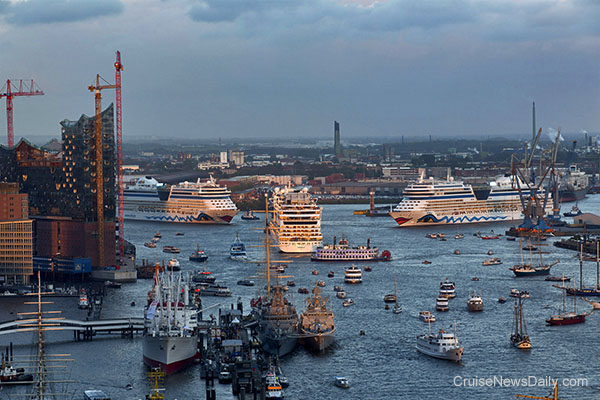 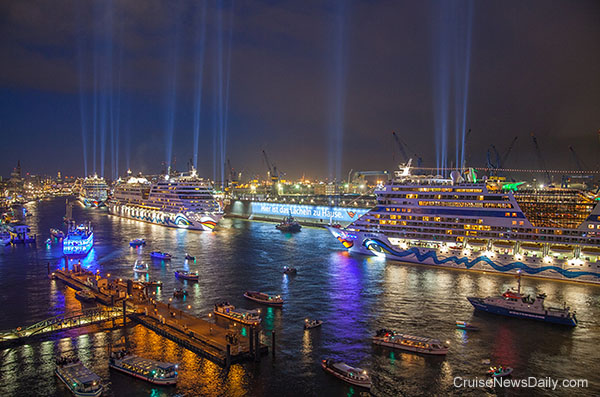 Carnival Breeze returned from its final sea trials last week, and is now receiving the last of its fitting out at the Fincantieri yard in Monfalcone (Italy). The 130,000-ton vessel will enter service on June 3 from Venice.

This video shows the ship performing during sea trials.