(New video appears at the end of this item.)
The fifth and final Solstice-class ship, Celebrity Reflection, left Meyer Werft at Papenburg (Germany) this afternoon. The ship is different from the rest in that it is a little larger (one deck higher, one meter wider) than its four sisters.

The ship is traveling very slowly down the Ems River to the Dutch port of Eemshaven from which it will embark on a series of sea trials before delivery. The journey is very precarious due to the shallow clearance and very narrow passage in most places. To improve maneuverability, the ship travels down the river backwards with the assistance of two tugs.

The ship left the yard about 5pm (local time), about twelve hours after the original schedule due to forecasts of windy conditions which would make the ship more difficult to control. 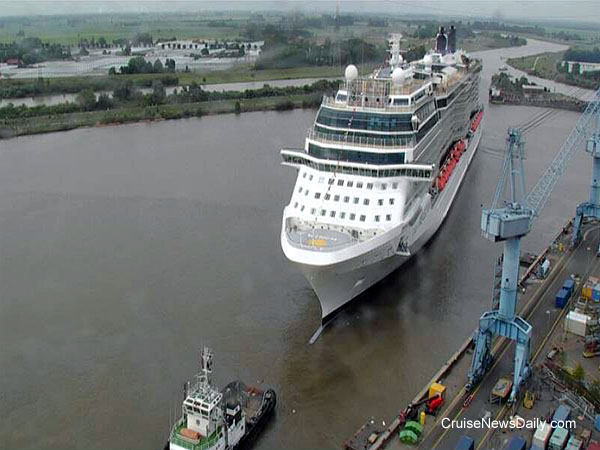 Celebrity Reflection backs away from the finishing dock at Meyer Werft today at about 5pm (LT). It will move backward through the barrier that separates the lagoon at the shipyard from the river (seen here just beyond the ship's stern). 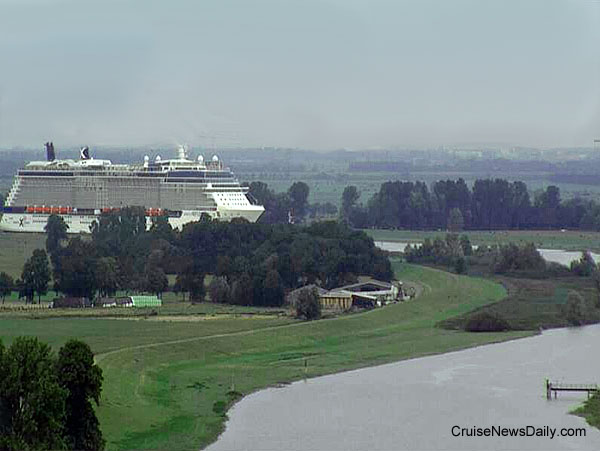 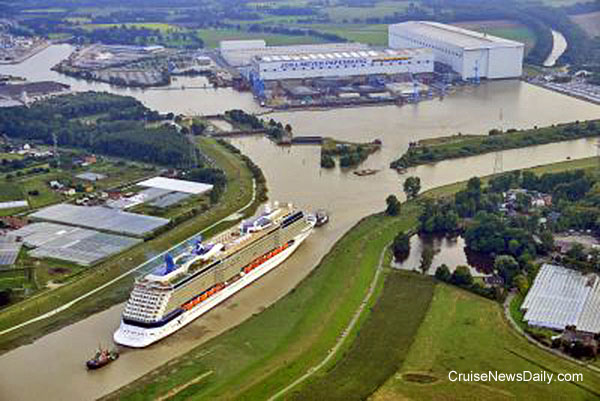