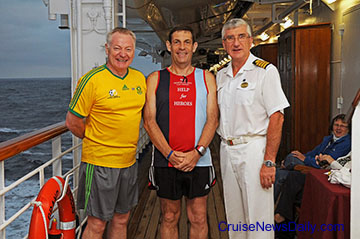 Steve Eaton (center) with Grand Princess Captain Tony Herriott (right)
and Deputy Cruise Director Stuart McGunigall (left) before the start
of his marathon.
Eaton, 57, who is from Tamworth, UK has run 33 marathons in the past but this was a totally new experience which stemmed from his wish to raise money for Help for Heroes, a charity that provides support to those wounded, sick or injured in the line of duty since 9/11.

The race was inspired by Eaton’s family friend, Staff Sergeant Christopher Chacksfield, who was murdered in June 2010 in Newcastle upon Tyne, UK. Chris, 31, had come through tours in Iraq, Afghanistan, Kosovo and Bosnia unscathed but was killed in an unprovoked attack as he waited for a taxi with his wife, who had just returned herself from duty in Afghanistan. He left behind his wife and young daughter.

Because Chacksfield had expressed a wish in his lifetime to raise funds for Help for Heroes, Eaton decided to do so on his behalf. As an avid runner, Eaton chose a marathon and asked Princess Cruises for help in an effort to run the first ever marathon at sea. 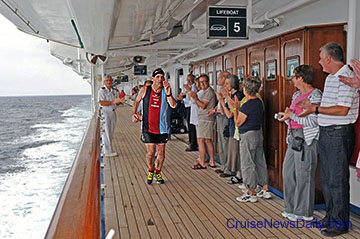 Passengers lined Eaton's marathon route around the ship
to cheer him on.
Eaton started his marathon today at 9 a.m. on a course of just over 600 meters (.37 miles) around the Promenade Deck of Grand Princess, while the ship was sailing near the coast of Portugal. He had to run 70 laps to cover the total distance of 26.2 miles.

Eaton said: “This has probably been my hardest marathon to date but it was for a very special cause and I’m grateful for all the support of the passengers and crew onboard to keep me going. Tonight I’ll have a big steak, for the protein to help my body recover, and a glass of wine to celebrate together with my wife, Margaret.”

“Everyone at Princess Cruises is very proud that Grand Princess could host the first marathon at sea,” said Jan Swartz, Princess Cruises executive vice president. “Our passengers and crew were really behind Steve’s attempt and it was wonderful that so many of them came out on deck to cheer him on. Help for Heroes does fantastic work and we hope that Steve’s efforts have raised lots of money for this worthwhile charity.”

Portland will have 65 cruise ships call this year bringing more than 92,000 passengers. Nearby Bar Harbor will have about 118 calls.

Email ThisBlogThis!Share to TwitterShare to FacebookShare to Pinterest
Labels: PortlandME 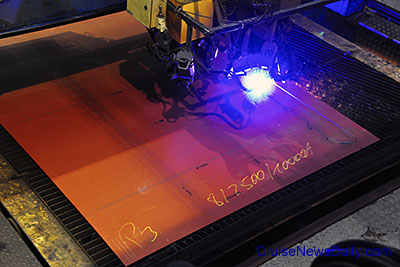 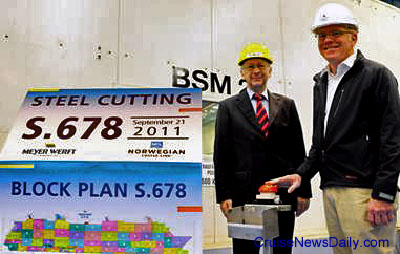 In November, Windstar Cruises will embark on a dramatic $18 million transformation of the look of their ships. The new "Full Sail Ahead" project, to be completed over the next 18 months, will give the ships the look of classic, stylish luxury yachts, compared to their current more nautical sailing ship decor. The new look can be seen in these renderings of the accommodations. 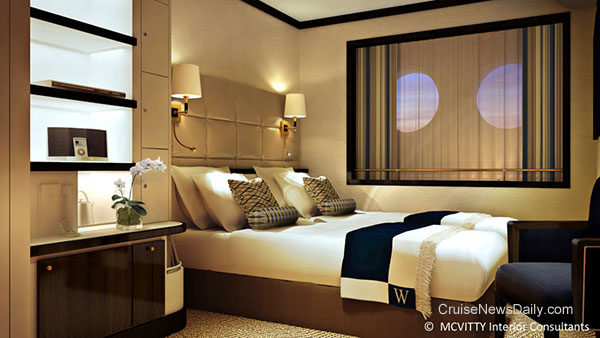 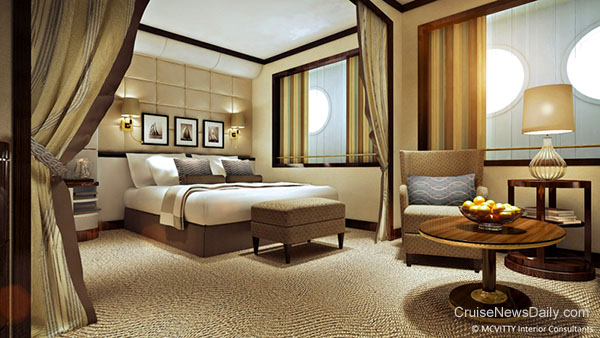 (above) The new look of the suites on Wind Surf.
Each of the three ships in the fleet will be fully refurbished in all the accommodations and public rooms.

The 130,000-ton Carnival Breeze took a noteworthy step in its construction at the Fincantieri yard in Monfalcone (Italy) last Friday (September 16, 2011) when Carnival held their traditional coin ceremony, in which a coin was welded to the ship's mast for luck. Then the valves were opened and water began flooding the drydock, and hours later, Carnival Breeze was floating for the first time.

The following morning, the ship was towed out to a finishing dock where it will stay while the finishing work is done on the outside and the interior is installed. The ship is set for delivery in June 2012.

Photos and video are below. 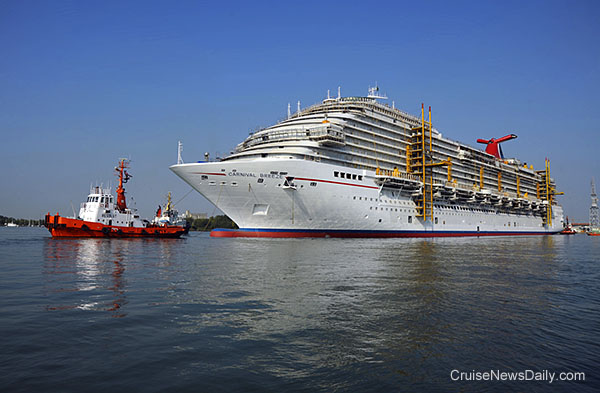 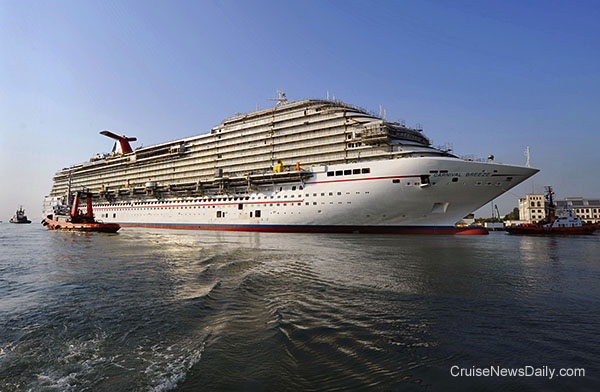