AIDAstella is the the last of the series being built for AIDA by Meyer, so the completion was a cause for extra celebration. AIDAstella, therefore, departed Papenburg under a colorful fireworks display provided by the yard. 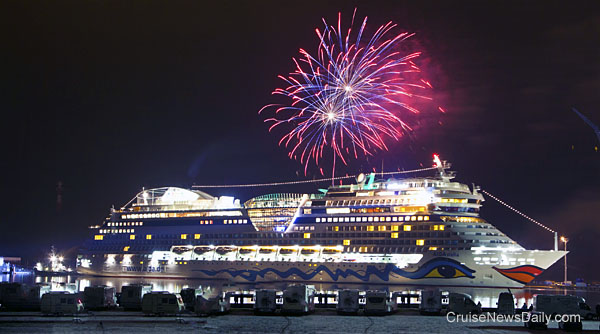 The river conveyance is always a spectacle, and as usual, local people turned out along the banks to see a giant ship going down the river backwards. 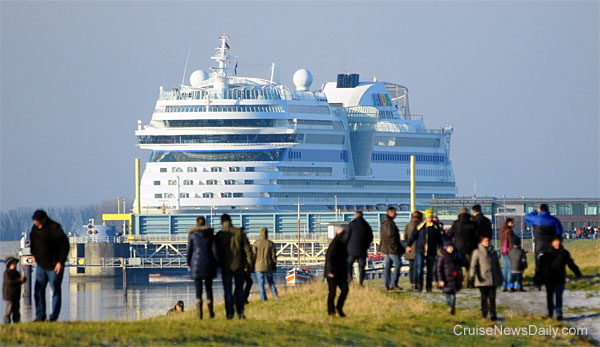